[I made the pictures on my last post BIGGER because I finally figured out how to use this newfangled contraption I’m on. So go have a look if you actually like being able to see who is in the pictures.]
Last November, Fred had a conference in Hawaii. Or as I like to call it, vacation. But last November was… not good. We canceled our trip.
Fast forward a few months when we realized that our condo in Kauai was still paid for and the airfare was paid for and hey! Let’s go on vacation! So we did.

We asked Emma where she wanted to eat dinner at the airport before we left. She picked Macaroni Grill.

Whatevs. They have beer.
***
Our flight out of Chicago was delayed and we very nearly missed our connection in L.A. Fred is not a religious man but even he was praying that we wouldn’t because he did NOT want to deal with me if we weren’t going to be landing in Hawaii THAT NIGHT.
***

Thankfully, that didn’t happen, and when we woke up, this was the view from our lanai. Good morning, happy island.
I highly recommend renting a condo for vacations, especially if you travel with smallish children. We would sit in the morning and watch the turtles play in the waves. Like so: 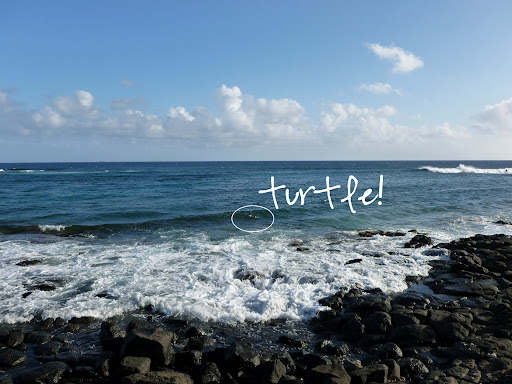 On our first morning on our way to breakfast we saw this mama hen with her chicks.
***
Our first day there was beach day. So I slathered sunscreen ALL OVER and off we went. We drove all over the island trying to find a sunny beach, and when we did the waves were insane. So we bailed on our plan and decided to head back for dinner. On our drive I noticed that my legs were itchy but I figured it was from the sea water.
Until the next morning when I woke up covered in hives. COVERED. Remember last year? Yeah, not even close. No matter! We had adventures already booked and paid for! I popped a benadryl and Emma and I went horseback riding.

The ranch dog. She was adorable.

We rode out on a trail that led to these falls, where we stopped and had lunch and the guides told stories about Hawaii and its natives.

Emma wanted to swim but the water was FREEZING so we settled for feet.

If you look closely you can see that my neck and face are covered in bumps. Horrible, itchy bumps.

This jackass stole a woman’s cookie right out of her hand. 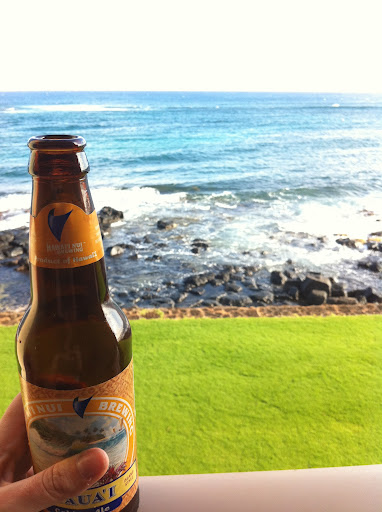 After a long day of horseback riding, I always like to relax with a local beer.
***
The next day was my birthday. Happy 35 years! Here’s a skin rash! The plan was for me to have the morning to relax so Fred booked a bike ride for him and Emma.

I KNOW. It was adorable. (Later, they got matching tattoos.) 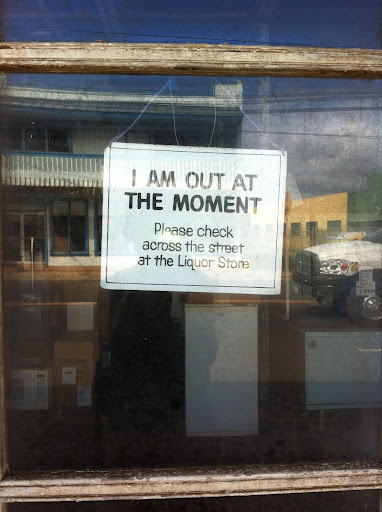 I went in search of coffee and found a sign that obviously was made for me.

Um, it was windy. 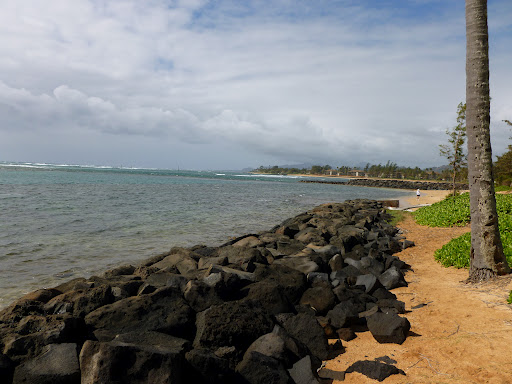 But I found a nice stretch of beach, and contemplated it and other things until it started raining. And then I ran back to the car and read my book.
***
Later that day we made our way to the sunny side of the island for some serious beach time, HIVES BE DAMNED. And we saw this guy there. 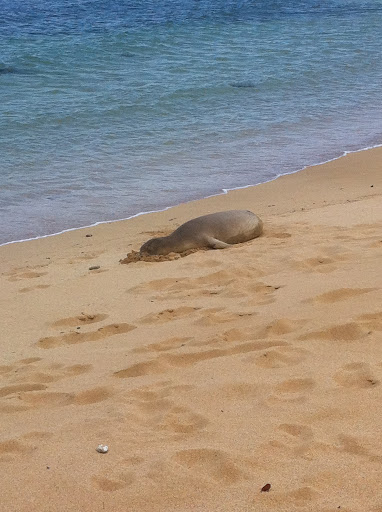 HAWAIIAN MONK SEAL! He. Was. Amazing. They’re highly protected so as soon as one comes up on the beach, men appear from nowhere and erect fencing around the seal so no one bothers it. He (or she, as it may have been) snoozed the whole time we were there, rolling around and snoring.
***
The next day was Sightseeing Day! We drove out to the lighthouse… 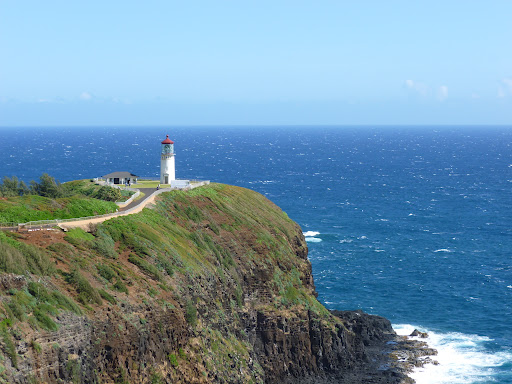 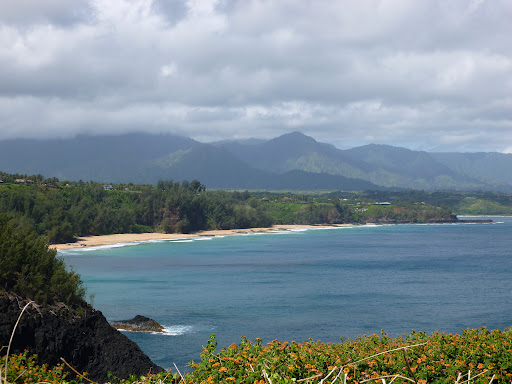 …and then continued to Hanalei… 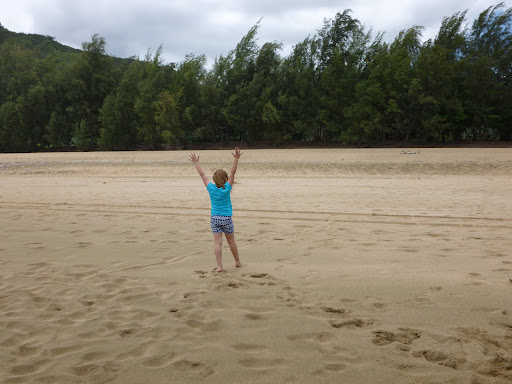 ***
The next morning we left the condo for our single day at a resort. I highly recommend this as well. They bring you drinks at the pool!
There was some boogie boarding… 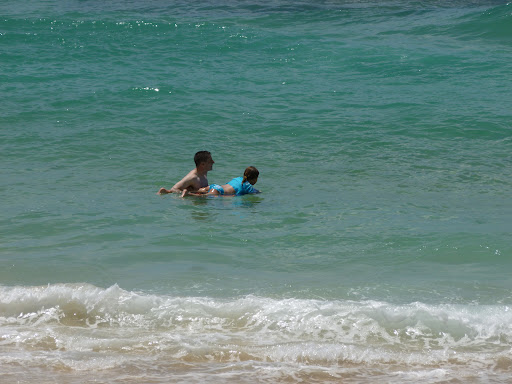 …and some lazing around in the pool…

Then we had dinner and watched our last Hawaiian sunset. 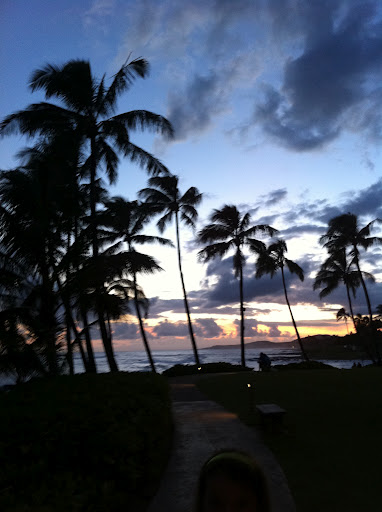 ***
Our flight left the next night so we crammed the day with souvenir shopping and coconut milk drinking.

Yeah. I’m ready to go back.

3 thoughts on “Hey look! We went on vacation!”